Poppy 8b+, interview with Cailean.

We caught up with Cailean Harker to congratulate him on his recent send of ‘Poppy’ 8b+ at Anstey’s Cove, and to get some insight into what this sort of accomplishment takes.

Callum: Congratulations on your recent send.

Callum: What’s poppy and where is it? : 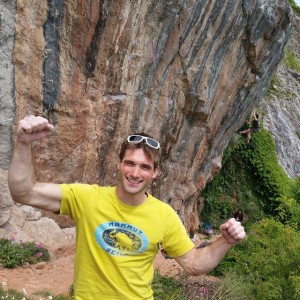 Callum: Is this a route that you projected?:

Cailean: I was trying Tupence to the left for ages, and I had a bit of a…[Cailean eyes glazed over with a look of pain and couldn’t finish his words] I fell off the same move time after time. It was a mental block really, falling off the same move and I was just not enjoying the redpoint process. So, I thought climbing is supposed to be fun, you’re not supposed to have a shit time, so I jumped on Poppy to mix it up. Did all the moves in the first session (only 18 moves) ha.

You have to make it look easy because if you do anything wrong its fucked!

Callum: Take us through the route:

On the first session, my heel popped off a high placement directly above my finger and put some serious carnage into it, this put me off for 6 months! 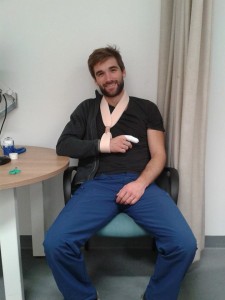 It shares the top with three other routes. I thought it would be good to do the easier routes into the top section. I did Postman Pat (8a+/b), and then Cyberdog, this gave me confidence that if I got there on Poppy then it would probably send. 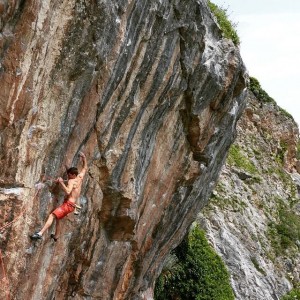 After the first session, I went back on Wednesday afternoon, had 6 RPs, was getting really close, and I knew that if I came back fresh it would go, but soonish. After 2 rest days, went to Ansteys on Saturday and did it first go. It was great to do it, and I swung the clips into Fisherman’s Tale, and did that first go too! (8b).

Callum: Who else has climbed the route?

Cailean: Not sure, but not many locals for sure.

Callum: Halfway into the year, what else is on the cards?

Cailean: Off to Shipwreck Cove this weekend to try Ben’s route (8C), then going to Rocklands for a month.

Last week was my first week of sport climbing ever:

About the Author: Callum Nicklin